An event snapshot of HONO at TECHR INDIA, from ground activities to Fireside Chat! 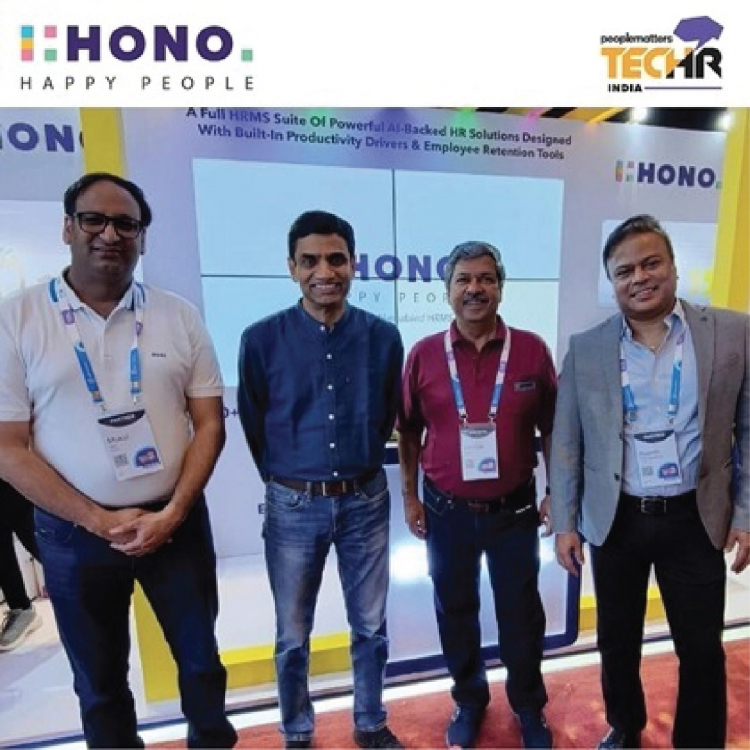 The HONO promise of being where HR & HR-tech makes the most futuristic narratives was played out at TECHR India. The event  this year was definitively painted - a deep HONO purple!

Besides participation, HONO also supported the event, which is Asia’s largest HR & Work-Tech conference by People Matters as Platinum sponsors and contributed significantly to the whirl of new ideas that are already beginning to shape businesses and workspaces globally.

The event was held at Leela Ambience, Gurugram, on the 4th & 5th of August 2022, and was a grand success for everyone but was extra special for HONO with the overwhelming response received at Stall No. PL 5.

HONO thanks everybody, individuals and brands that made it possible with their presence and their abiding interest in the issues HONO champions and the HR problems they solve!

HONO firmly believes that as an innovative and one of the most promising HR-Tech companies, it is their job to not just redefine HR tech, but to also use their collective insights in transforming the HR space itself. And as Platinum sponsors, they made sure they did both.

HR Thought Leadership @ TECHR
The FIRESIDE CHAT chaired by HONO’s Randeep Singh (COO) with esteemed panelists Sandeep Gautam, (CHRO, National Engineering Industries Ltd) & Sunit Sinha (Partner and Head - People, Performance & Culture, KPMG) on the tantalising question “Does your technology drive MEASURABLE BUSINESS IMPACT?” – threw up answers that can change the course of businesses and was a huge hit with the people who care about ‘People’.

In short it was an event to remember, not just because of the intellectual churn but also the human aspect of the opportunities it created to meet, and to have reiterated HONO’s stand as sentinels of HR and businesses in the emerging new world order.