Where Have All The People Gone?


What has really changed in the world of talent discovery and talent acquisition? Where has all the great talent that drives businesses suddenly gone? Most HR leaders are faced with a talent pool, which is like the proverbial Schrödinger’s Cat, both there and not there. Here’s a look at changing behavioral trends in potential hires, and an attempt to find answers to the big hiring question. 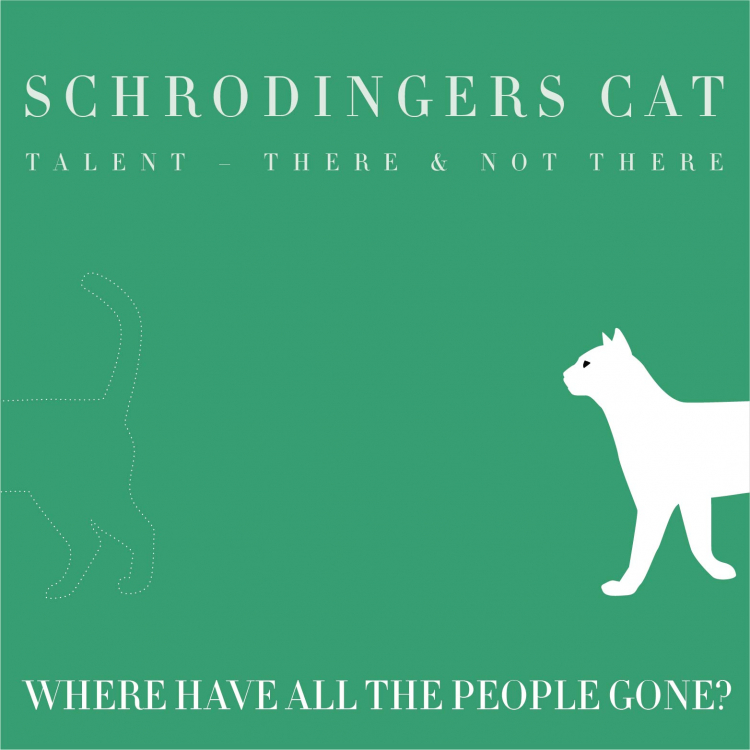 The cat of ‘talent’ behaves like Schrödinger’s cat. It is both in and not in the box.

It is apparent to the world of brands and organisations that the age of post-industrial revolution, which created a unique employer-employee world-within-world will never be the same again.

The hegemonic, transactional, and firmly hierarchical relationship, which manifested itself in the workspace (whether it was a factory or a modern office), went through several transitions with the nature of businesses taking newer shapes.

However, the basic nature of what constituted a workspace and a worker, did not fundamentally change, especially where it matters most – the archetype and the image that exists in the collective consciousness. The workspace, continued to be the space which was almost always antithetical to leisure or happiness.  Work was a transactional activity, which produced money, and a degree of status and power, not just at work, but also within society. The corporate professional continued to be driven by the archetype of the hard working ‘professional’, whose salvation lay in money, power, and status, achieved through intelligence, cunning and focus.

Two long years of the pandemic has changed this. Or is changing this.
Working (or waiting to work) from home has suddenly exposed the professional to a different life rhythm – almost lost. The perceived smaller pleasures that he martyred earlier at the shrine of professional output, suddenly has begun to appear more significant. Professionals have also been witness to mass layoffs in the wake of a market on freeze, and the realisation of ‘mortality’ has dawned. This has driven the already simmering counter-movements of ‘small is beautiful’ and ‘social value creation’ into the fore.

Denial Of The Old System
The new professional’s idea of happiness has transformed into something that is more local, more personal, more open to sentiment, to leisure creation and the state of play.

So strong has this ‘denial’ of the old system been among employees that it has spawned a whole wave of combative strategies, from the much acknowledged Big Quit to the Loud Quit (where the employees shame brands as they record and post videos when they quit) to the Mass Quit (which is underway across companies refusing WFH) to the more diabolically subversive Silent Quit (where the employee simply cuts down on effort and does the minimum needed to retain employment).

The Factors That Accelerated Change
Although these changes got accelerated during the pandemic, it was already underway at a pace societal changes usually occur – which is imperceptibly slow. The disappearance of companies run as family businesses or their slow transformation into the corporatized work culture was one such change.

This changed the perception of the workforce – from a large family, led by family seniors to that of a company identified by its brand and brand value. With this shift went the old promise of a ‘job for life’ and ‘pension’ as the rainbow at the end of the long tunnel. At the altar of this change, ‘employee loyalty’ (not to be confused with transactional duty) perished rather quickly.

Most millennial professionals today do not, therefore, carry the dream of a ‘job till I retire’, but begin planning their early retirement as soon as they begin, sometimes even earlier. The lure of a leisured life wherein they can manifest their potential on their own terms and at their own time is the new holy grail – and quite often the job or employment they slip into is a means to that end.

The Effect Of Change In Concept Of Loyalty At Workplace
With the demise of the old kind of ‘lifelong loyalty’ came a willingness to change jobs for rapid salary growth. But the new trend now appears to be the buzzword ‘hybrid’, which not only refers to hybrid working (home, office, café) but even hybrid jobs – that is holding multiple jobs over long periods of time. The old pejorative term ‘moonlighting’ has been elbowed out of the millennial vocabulary, and with it - the corresponding moral judgement. This has been possible essentially because of the destabilizing of the hierarchical relationship and the breaking of the employee-employer power equation; so now, the employee nonchalantly quips if questioned – “If they can run many companies, we can hold multiple jobs too.”

The biggest change, however, has been a perceptible shift from the pleasure principle (money-power axes) to the value principle. The new talent waiting at the doorstep of their graduating colleges – are no more just gunning for the old unicorns – they’re looking for work that creates social value, social impact, something that can render dignity to the work they do among increasingly eclectic work fraternities.

The Cat Of Talent: Both In & Not In The Box
So, when the HR of a contemporary brand seeks out talent, both among those still in their salad days, and among the people who, after the pandemic resignations, have rejoined the statistics of the unemployed, and come up with desperately small numbers to choose from – the reason is not that the proverbial cat is not in the box. The reason is simply that the cat is both there and not there, depending on how and when and with what promises you seek it out.

Let’s face it – all the employees who have resigned during the pandemic have not become entrepreneurs overnight – otherwise it would have created more jobs. It’s just that the companies seeking out talent may not be saying the right talismanic words, maybe they are not using the right key and maybe not looking at the right places. Terms like ‘hustle’ ‘resilience’ and ‘sweating it out to make it big’ do not elicit the applause from the galleries anymore. Newer expectations – of brands which are responsible, woke, flexible, egalitarian is becoming the touchstone for new jobs, besides amenable culture & fraternity, and jobs that render dignity and value to the employee’s skills and efforts.

New Solutions & Change
So, to bell this cat, brands and HR leaders may need to think beyond the older corporate value frameworks and build cultural and value systems in line with the millennial aspiration.

Besides, to reach out and nurture a workforce this heterogenous in aspiration and work, it is imperative that brands employ technology that protects processes from human biases and value decay.

Humans were supposed to have the empathy to be able to sense mood, sentiment, and aspirations, but workspaces have grown too large, too complex, and too virtual for that, and organisations too focused on the output rather than the source of output.

This may be creating now a seemingly contradictory space, where the only effective way of humanizing the workspaces is not through traditional ‘human ways’ but by the use of intelligent technology, which can bridge geographic divides and scale of workforce, which can individuate, which can unobtrusively measure and modulate ‘sentiment and mood’, which can automate mechanical processes that require human hands and eyes, which can pre-empt and warn, which can assist, nudge, and bring to the millennial workforce a sense of belonging even when not physically present, and bring to the millennial HR a set of learnings which is no more humanly possible through traditional means.

But this transition, this change and recalibration of employer, employee and market will have to start with acceptance that change is inevitable, and a walking away from old business ideals that refuse to acknowledge any objective as a business goal, which is not revenue.